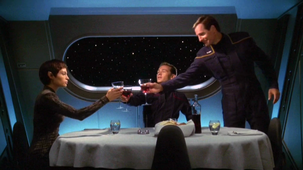 Tomorrow the final episode of NCIS: New Orleans will be broadcast. Right now it is my favorite show in the NCIS franchise, and I am upset that it is ending, and that it is the first one to end.

Ratings are down, but they are also down for NCIS: Los Angeles, and frankly I think that show has been a mess since Linda Hunt reduced her involvement. Deeks is my least favorite character, and for what felt like the longest time, Agent Blye would be partnered up for the episode with every federal agent they had run into during the show. One time it was a CIA agent, and they are not supposed to operate in the USA. Sometimes Deeks was not in the episode at all, sometimes he was at the base for some strange reason. It seemed to take forever for them to decide if Fatima Namazi was in or out, yet they made up their minds about Agent Roundtree right away. And I am getting tired of Gerald McRaney’s grumpy old man schtick.

The original NCIS is also going through some changes. A lot of people on the subreddit did not like Kasie Hines. At first I did not like her either, but she has grown on me. I think they brought her in badly. First she was helping Duckie write his book. Then after Pauley Perrette left, it just so happens that Kasie has a degree in criminal forensics. A book editor who just happens to have the degree to fill the job that just became empty; what an amazing coincidence. Maybe the producers liked Diona Reasonover, and decided to bring her in any way they could think of. I like the character of McGee, but they way they brought him in also felt a bit forced.

Granted, it could have been even worse: I don’t have a degree in criminal forensics, but my twin sister does!

WRT Gibbs getting suspended: That character has been though a lot, and you never know what will be the straw that breaks the camel’s back, and I know Mark Harmon can’t do this forever, but I can’t help thinking: Really Gibbs? Is this the hill you want to die on?

Torres is not my favorite character, but I am blown away by the fact that this is the same actor who was Fez on That 70s Show. Years ago some friends and I watched both of the Steve Martin Father Of The Bride films, and then we watched Seven Years In Tibet. I think if you watch those films close together, BD Wong will blow you away.

I think a good place NCIS could have gone out on top was after Gibbs and McGee busted out of Paraguay. McGee had just had kids, and Gibbs could have said that enough was enough.

There will be a new NCIS series filmed in Hawaii called NCIS: Hawai’i. I had read that one of the reasons that NCISNOLA was being cancelled was that it was more expensive to film in New Orleans that Los Angeles (since a lot of the entertainment industry is in LA), but I have heard that everything is more expensive in Hawai’i. Granted, one of the producers of NCISNOLA had to be let go because he was a bit handsy with the ladies. Per the subreddit, someone was also negligent WRT permits. At least once (and possibly multiple times) the NOLA police showed up and drew guns on the actors while filming robbery scenes, and there are a few lawsuits about this going through the courts.

There were several episodes about Pride’s weird dreams. I thought it would be cool if he dreamed he was captain of Enterprise. He could wander through the ship. They could bring back LaSalle to be Trip. They both have Southern accents, and they look a bit alike, and their relationships to Bakula’s characters on each show was similar. Agent Khoury could be T’Pol. Carter was always distant (until recently); he would be good as Reed. One thing I liked about Reed on Enterprise is that they managed to use him several times, yet he always seemed remote and distant.

Maybe I am going with this because they are both black, but Triple P could be in Travis’ station. Their personalities are different, but they were both good at what they do. Another one that would be good for contrast is Gregorio as Hoshi Sato. “I hailed them, and told them to go eff themselves”. Then Pride/Archer goes to sick bay and finds Sebastian. Somehow he seems the most similar to Phlox. Pride/Archer is confused by Sebastian’s stream of consciousness. Then Loretta walks in and asks Dwayne what he is doing in sick bay.

Image from Memory Alpha, resized for this site, copyright owned by CBS, assumed allowed under Fair Use.