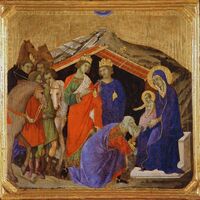 Here is the dividend income report for June, 2021.

I keep hearing some rumblings about inflation. I have not seen any prices go up, but they might soon. Inflation has been pretty low for ten years. It has to come back at some point. The worst part about it is that all the morons who have been predicting Weimar/Zimbabwe levels of inflation every day for about a dozen years regardless of the circumstances will insist they were right all along. There are a lot of people who think they are smarter than everyone else because they think the world is about to end, even though their predictions have been wrong for years. The Wikipedia article on pessimism porn goes into this. (Many people who will be screaming “I told you so” and leaving out the “..regardless of the facts” will be Glibertarians and fans of the “Austrian school“.)

In the past month, the site Investment Talk had a guest interview with a blogger I follow, Dividend Growth Investor. He is referred to in the article by the initials “DGI”, and his identity is not revealed.

During the interview, he mentioned the Coffee Can Portfolio. The basic idea is you find 20 or so companies that you think have good prospects, buy shares, and never sell. The site Coffee Can Portfolio looks like it veers into right-wing nutjob land. The idea of buying good, strong companies and never selling is one that I support (it is the basic thesis of dividend growth investing, except I let S&P do the work for me), but any site that publishes endorsements from Marc Faber and Michal Pento (who used to work for Peter Schiff), and one from a reader who praises the author’s “really profound insights into what’s going on in the world from an Austrian perspective” is one I would avoid. I don’t think the person running that site and newsletter has any connection to the person who came up with the phrase “Coffee Can Portfolio”. From what I can tell, the phrase (and idea) came from a guy named “Robert Kirby”, but not the one who arranged string quartets for Elvis Costello and Elton John  or the one who jokes about Mormons.

The idea is explained here on a site with text that is hard to read or here or here.

Before banking was widespread, people would stick valuable things in an old coffee can, and put it in a cabinet, a shelf, under a bed, or in a closet, and they would rarely touch the can or its contents. The idea came to Kirby after he looked at the portfolio of a married couple after the husband’s death. She followed Kirby’s stock advice, both buying and selling. The husband bought per the recommendations, but never sold. The husband’s portfolio was bigger than hers. Some of his stocks went down, some has done well, and one had done so well it was bigger than her entire portfolio.

Maybe I should get back out of ETFs and into individual stocks again. There are about 700 stocks on the Dividend Radar spreadsheet (formerly the Dividend Champions spreadsheet). At least for American stocks, if a company does not cut its dividend, the income will keep going up. I am not too sure why the amounts from the ETFs are inconsistent. Granted, I stopped because it is a bear (no pun intended) keeping track of a lot of stocks in a spreadsheet or finance program.

In the interview, DGI also mentioned the Voya Corporate Leaders Trust (although not by name) LEXCX; Yahoo Finance page here. It started in 1935. It is a unit investment trust, and not a mutual fund; mutual funds started with the Investment Company Act of 1940. It is prohibited from selling. All the changes in the portfolio are due to mergers, acquisitions and spin-offs. It has not done as well as the S&P 500, so I guess we have to score this one for indexing.

Still, I bet most people who day trade would have been better off in LEXCX.

Here is a table with the year-to-date amounts, the monthly amounts, and the three- and twelve-month moving averages for each June from 2011 through 2021:

Here are the securities and the income amounts for June, 2021:

Big Jim says: Ask not at whom the mullet sneers, it sneers at thee.