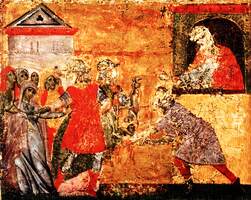 Here is the dividend income report for September, 2021.

I have seen inflation at the grocery store. I can’t say I have seen inflation at the gas pump since I do not drive as much as I used to, and aside from food and gas I don’t buy much. I am reluctant to say that there is persistent inflation, at least not until Paul Krugman says so. I am seeing a lot of articles online saying there is a lot of inflation, and how everyone at the Fed is an idiot. To me, this feels a lot like the Great Recession and its aftermath: A lot of people insisted hyperinflation was around the corner, and at the end of the day the only proof was the intensity of their convictions. The sense of superiority people get from Pessimism Porn is a helluva drug.

There has to be a neologism based on Schadenfreude for this sense of superiority people feel for a disaster that never happens.

It seems like people expect the Fed and government statisticians to be perfect all the time, and if anything the Fed says doesn’t match up with their personal situation, then they just write off the Fed. The Federal Reserve (and economists in general) are trying to understand pretty much the whole world. If your experience doesn’t line up, then maybe you are the oddball.

Krugman recently blogged about this in a post titled Wonking Out: Who knew used cars and shipping containers would matter so much?

I used to describe national income accounting — G.D.P. and all that — as a peculiarly boring form of science fiction. That’s not to say that the statisticians just make things up; they try really hard, and their work is immensely valuable. It’s just that any close look at how the numbers are constructed reveals that data coverage is always incomplete and the gaps are filled in with estimates and imputations.

President of the Federal Reserve Bank of St. Louis James B. Bullard has said that the FOMC takes headline inflation into account. I will put reading some of the Fed’s reports on my ever-expanding to-do list. It’s like “Thanks Obama” has been replaced with “Thanks Fed”.

The Billion Prices Project has shown over the past decade that inflation is pretty much what the Fed said it was, even during the last hyperinflation scare. So score one for the Feds.

We have had asset inflation for a while: real estate, stock prices, etc, as Paul Singer reminded us. He was widely and deservedly mocked for this call, since a lot of prices did not rise just because billionaires are paying more for their toys. I think this time there is going to be some consumer inflation, but the cause is supply chain disruptions. I don’t think it has as much, if anything, to do with the money supply. A lot of businesses were closed, and people suddenly shifted what they were spending their money on. This changed shipping patterns: more electronics out of Asia, less grain out of the Midwest.

Maybe the reason the Fed is reluctant to say there is a more inflation because a lot of it is due to imbalances in shipping. And shipping is done by the private sector. All you Fed-haters remember the private sector, don’t you? The guys who can take care of imbalances on their own, right? Maybe the Fed is assuming that the private sector will live up to its reputation and get the empty containers to the exporters. I don’t know if that will affect the chip shortage; perhaps part of the chip shortage is due to a container shortage for chip parts (such as the metals for the chips). Unless the industry is being really stupid and making more containers and just making the pile of empty containers a LOT bigger. If that is happening, then we could be hurting for a while. I know that shipping empty containers is probably very expensive, but I have also read that the rates for some routes has more than doubled. It seems like there is a tipping point where moving empty containers is worth it.

I also plan on getting back into a few stocks in addition to the REITs. I know I got out of individual stocks because I got tired of entering information into a spreadsheet and GnuCash but unlike income from DGI ETFs, income from DGI stocks tends to go steadily upward. I am considering looking at a couple of bank stocks that pay in “A” months: Busey Bank and Bank OZK. I used to have an account at Busy Bank when I was at Moo of I.

Here is a table with the year-to-date amounts, the monthly amounts, and the three- and twelve-month moving averages for each September from 2011 through 2021:

Here are the securities and the income amounts for September, 2021:

Big Jim is getting back into his routine.

Painting of the Massacre of the Innocents by Guido of Siena (13th Century), assumed allowed under Public Domain.