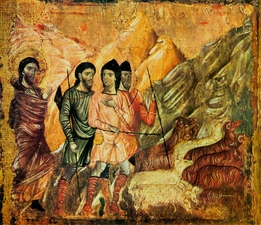 Here is the dividend income report for November, 2021.

I have not started using Org Mode to take notes on conference calls. I am still going through all of the notes I have collected on various topics throughout the years. Some of them will show up as insightful and profound posts on this blog. If any of the fit ladies out there are sapiosexuals, this blog is your one-stop shop for everything you need.

The interest income is still declining, but I think it may have bottomed out. I still think a big factor in the inflation we are seeing is trade routes being disrupted: People started buying more stuff from China, so transit across the Pacific is more profitable than other routes. A lot of people think it is all “money printing”. There was a lot of “money printing” after the Great Financial Crisis. While it impacted asset prices (and things Paul Singer can afford that I cannot), I do not recall prices at the grocery store going up. I am not saying money printing has no effect, but the people saying so this time sound like (and in many cases are) the same people who priedicted disaster the last time. If all these bozos who think the Federal Reserve and the federal government are the source of all the world’s problems, perhaps they can explain why big chunks of the private sector cannot figure out a way to make money other than playing financial games (like stock buybacks). If you think the private sector is the solution to every problem, then stop blaming everything on the government.

As a commenter on Hacker News put it in 2016: “Indeed – as Krugman keeps going on about, there’s little risk of ‘classical’ inflation. What there is is a lot of complaining from the rentier class (and some of the better off pensioners) that they can’t make 4% for doing nothing any more.”

At least this time nobody is comparing the USA to Weimar Germany or Zimbabwe. Which is ironic, because this time inflation is worse than it was a decade ago. So maybe some of these conservative bozos are slowly learning something. I think if the shipping industry can get things sorted out, things will get better (although I am sure that there is probably some manipulation going on as well). One of the things I have noticed while cleaning my notes up in my migration to Org is that I have a lot of sites flagged as potential economic indicators and a lot that are news sites about specific industries. I will be on the lookout for some about the shipping industry.

I think the Fed should raise interest rates. It would lower stock prices and PE ratios (which is good for a dividend investor), force companies to figure out how to make money in their nominal industries, kill companies that should not be living, and probably kill a lot of cryptocurrencies.

I really really really really really hate my job and I am thinking about quitting and learning technology that interests me. I have some money saved up. I don’t know how bad inflation will get, but I should have enough for about a year and a half, maybe two and a half. If I leave, my 301K can be moved to my Roth IRA, and I will start getting a lot more money each month. Maybe I already do have enough to retire.

Here is a table with the year-to-date amounts, the monthly amounts, and the three- and twelve-month moving averages for each November from 2011 through 2021:

Here are the securities and the income amounts for November, 2021:

Big Jim has many thoughts, and they are very deep.

Painting by the Master of San Martino, made between 1270 and 1290, hanging in National Museum of San Matteo, Pisa, image from Wikimedia, assumed allowed under Public Domain.