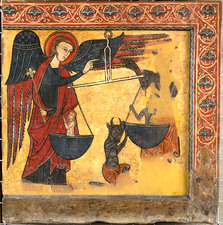 Here are some random thoughts on Putin’s invasion of Ukraine.

Some people are saying it is the USA’s fault. This is the language abusers use, that the Mafia uses: “Why do you make me do this?” NATO was not forcing membership on former Soviet countries. They want to join NATO to get some protection from Russia. They didn’t ask to be part of the Soviet bloc after WWII. In the past decade, Russia has sent troops to Georgia, eastern Ukraine, and now they are trying to taker over all of Ukraine. Don’t complain that NATO is bad if Russia is doing the very thing that NATO was designed to prevent. Countries join NATO by invitation; countries join Russia by invasion.

A few people have defended Russia by saying it has always wanted a “buffer” between itself and foreign armies. This “buffer” would be other countries with people who have their own language, culture and history. Did all of the Russia-defenders consider that maybe these countries do not want to be Russia’s buffer?

This is the result of the sort of theocratic kleptocracy and autocracy that conservatives love. They all thought Putin was smarter than Obama and Biden, but how are things working out? Prioritizing praising the Dear Leader above all else has not worked out too well for the country and the military that some “American” conservatives love more than their own. Based on the analysis I have read, it can be hard to tell where one cause stops and another starts: authoritarianism, grifting, skimming contracts, suppressing dissent. When does cause become effect? Nevertheless, a lot of conservatives in this country seem to want this country to be more like Russian under Putin. Will they see where their vision takes a country? I predict a lot of them will either double down, or deny saying things they have been caught on tape saying. Sometimes they do both.

I remember when Obama was in office, a lot of people on Fox News wished we has a president who was a “strong leader like Putin.” I thought: If Obama was more like Putin, everyone on Fox News would get shot. George Carlin was half-right: it’s a small club, and most people who think they are in it are not.

2 Replies to “Thoughts On Putin’s Invasion”