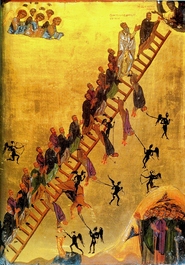 Here is the dividend income report for March, 2022.

I decided to sell Gladstone Land (LAND). The income was not growing that much, and the price was rising so high that I was not getting as many shares per quarter as I would like. I also bought more SPDR Dow Jones REIT ETF (RWR) after not having any for about almost two years. I sold during the Coronavirus crash, and I should have held on. I think I put too much emphasis on wanting my income to be less lumpy and having most of it in the “C” months and having more in the “A” and “B” months, but I think for the near future I should stick with ETFs. My income took a big jump when I went to ETFs from individual stocks.

I am also considering selling RLI. It was one of the first stocks I bought in 2010. I am not clear why I held onto it; perhaps because it is an insurance stock. They pay a dividend every quarter; they also pay a special dividend every December. The amount of the special dividend varies, and this has caused the income from RLI to fluctuate. I may use the funds to add to an ETF, or I might buy an individual stock with more consistent income.

The income for WDIV was not that great. I am not too worried for the moment. I looked at State Street’s ETF distribution history page, and it is not uncommon for WDIV to have low payouts in March.

I might just go with ETFs for a while and let it all ride. I have a lot on my mind these days. I really really really really really hate my job and have no respect for the people I work for. I am also starting to lose respect for a lot of other people; everybody just makes jokes about how badly the project is run. I would like to get a job in something totally different, but in order to lear it well enough I would need to stop working.

I might write something up about why I think investing for dividends is better than investing for capital gains (and why buybacks are evil and only stupid people think they are a good idea). Earlier this month, I looked at the factsheet for one of the S&P Dividend Aristocrat indices, and I found this gem: Since 1926, dividends have contributed nearly a third of total equity return while capital gains have contributed two-thirds. So why focus on dividends if it is only one-third of the return? For one thing, stocks that do not pay dividends are missing out on part of the return; if a stock has had a lot of capital appreciation, why should someone else buy it from you? One problem with capital gains is you can only sell once. Another thing: the one-third from dividends is more stable that capital gains. And you don’t have to do much work figuring out which companies pay those dividends.

Here is a table with the year-to-date amounts, the monthly amounts, and the three- and twelve-month moving averages for each March from 2011 through 2022:

Here are the securities and the income amounts for March, 2022:

Big Jim’s plan is to stick to the plan.