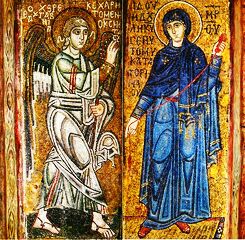 Here is the dividend income report for May, 2022.

I did not buy or sell anything this month. I placed an order for more RWR that got filled faster than I anticipated.

The problem is there are a lot of people predicting depression all the time. Then when things start getting shaky (like now), they think they are vindicated. Despite spending more time being wrong than being right. I don’t know what will happen. But I don’t think we will have a depression. I don’t think the boom times will be back soon. Some companies will go under. Some people will lose their jobs.

Perhaps my dividend income will go down. Perhaps I will lose my job. But I have been through this cycle before. In the mid-2000s, first people told me I was stupid for not buying a house. Then they wanted me to buy their house. This time you were dumb if you did not buy the cash-burning unicorns or corrupt-o-currencies. When will people learn that relying solely on price is a game of musical chairs?

There is a line that Jeff Bezos has used a few times: Instead of asking what will change in 10 years, ask what will not change in 10 years (links here and here). Wise words, but a bit odd coming from a guy who builds rockets and made a bookseller into the largest cloud computing provider. What has not changed is that it is better to invest in companies that have a consistent cash flow stream that they share with investors in the form of dividends. I do not think that buybacks actually return cash to shareholders; they only do if your shares are bought. And companies tend to borrow for buybacks, and buy when the price is high. I have no idea why they keep doing this. There is a lot of cargo culting in Corporate America.

Granted, Amazon and Bezos also do a lot of things I disagree with: Buybacks, not paying workers well when your largest shareholder is a billionaire stupid enough to let a women as beautiful as Mackenzie Scott get away. (Advice to Jeff Bezos: You’re short, you’re bald, you have one eye bigger than the other, and you have an image as a greedy asshole, so watch your money carefully and be nicer to Charo if she becomes wife #2; also: you’re supposed to leave your wife for a younger woman, dipstick).

There is nothing wrong with taking some advice from someone and ignoring other things they say. One of the first authors who turned me on to the idea that you should focus on cash flow and not capital gains was Robert Kyosaki in Rich Dad, Poor Dad. Granted, he also pushed silver and putting everything into a shell company in that book. There is an analysis of Rich Dad, Poor Dad by they third-most-famous John Reed (not the Senator, and not the CEO of Citibank, but the other one). John Reed #3 got sucked into the whole “Obama will make us Weimar Germany” BS, so take him with a grain of salt as well. In fairness, if you can show Mr Reed #3 he is wrong about something, he does seem like the type of guy who would admit to being wrong.

I do not know much about real estate. I defer to Mr Reed #3 on that. I remember Kyosaki’s advice about using a corporation to shield your assets seemed shady. I do not remember if I had any opinion on the rest of RK’s book, but it did not make me want to get involved in real estate. In fairness, the notion of investing in stocks solely for capital gains was (and is) so entrenched in our culture, that even coming from a con man it is a revelation. I think RK is right about this point. (Mr. Reed #3 says that RK changes his story a lot.) I also came across the idea of investing for cash flows and not price appreciation in an article from Motley Fool that I have mentioned before on this site: The Secrets of 9-Figure Fortunes.

Back to what Bezos said about what hasn’t changed in 10 years: I think we will see the same cycle as before. People who think it’s all about finding someone else to hold the bag will get hosed. Meanwhile, most companies that pay dividends will continue to do so.

While this site does have a disclaimer, I think anyone can build some wealth slowly over time. It is the people who promise quick riches who can get you into trouble. Stick to profitable companies with cash flow. Leave the sexy stuff to people with money to lose. Forget about “disruption”. Who keeps telling us that we should invest in “disruptive” companies? The VCs. For these companies, our “investing” is the VCs cashing out. The same people who pushed internet companies that didn’t make any money 20 years ago. Who have been pushing “unicorns” for the past decade that haven’t made any money. And now they are pushing corrupt-o-currencies, blockchain and NFTs on everyone. They push companies that do not make any money, and tell the rest of us that the world has changed and “you just don’t get it”. Then it all comes crashing down, and it turns out we did get it.

The problem with investing in disruption is not all the disruptors last or make money. Some of them become the new incumbents, and eventually do make money. Incumbents tend to stick around for a long time. Let the market tell you where the money is.

Look at the dot-com boom and bust. Except for Amazon and eBay, most of the companies that everybody thought were going to change the world went bust or got bought by someone bigger. The real change from the dot com boom wasn’t the “new economy” web companies displacing existing corporations; the change was that existing corporations learned to be more efficient using the web.

If corrupt-o-currencies become mainstream (which I think is highly unlikely), they will not displace banks. They will be absorbed by banks.

Andreeson Horowitz (aka “a16z” amongst the cool kids) are backing a crypto startup with Adam Neumann, known for one of the biggest pre-IPO blow-ups of all time. VC, crypto, greenwashing and a con man: It’s like they are trying to sweep Asshole Bingo in one move. If they could incorporate SPACS, Cathy Woodshed, Uber and Facebook they could cause a Fraud Singularity that would open a rift in the space-time continuum that could revive Bernard Madoff and put Enron back together. An article on Coindesk notes that the a16z/Neumann deal may have happened before the world starting cracking apart, but isn’t the whole selling point of VCs that they can see around corners? (Additional articles on TechCrunch here and here.)

Also: We have rising interest rates, rising inflation, a sinking stock market, supply chain chaos, conflict in Europe, and just about everybody thinks a recession by the end of the year is more likely than not. Isn’t this the sort of environment in which corrupt-o-currencies should be soaring? Yet they are not. Even with all the bad news, “Bitcoin at $1 million” sounds and feels like “Gold at $5000” did in the 2000s.

What won’t change in ten years? The S&P Composite 1500 will still be around, filled with companies that meet the “financial viability” criteria, and VCs will be pushing garbage. If you want to invest in a new industry, wait until after the crash and invest in the survivors. As Ron DeLegge pointed out, the point of investing is to make money. Not to have fun, or because it’s educational. Not for the memes or the lulz. But to have more money in your pocket, especially when the hype comes crashing down.

Here is a table with the year-to-date amounts, the monthly amounts, and the three- and twelve-month moving averages for each May from 2011 through 2022:

Here are the securities and the income amounts for May, 2022:

Big Jim might be wrong, but he’s not asking for your money.

Fresco of the Annunciation in the Saint Sophia Cathedral, Kyiv ; image from Wikimedia, assumed allowed under public domain.