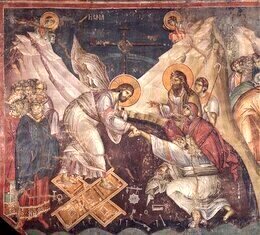 Here is the dividend income report for June, 2022.

The total was not only better than last June. It was better than July and August. WDIV has a pattern of paying $400 one quarter, then $1000 or more the next quarter. This was one of the good quarters. XYLD paid twice since the May payment usually gets carried over into June. RWR paid twice because I have it in two accounts; first I bought some shares in the wrong account, then I decided to buy some more in the account I originally wanted them in the first place when the price got lower. The first set of RWR shares have lost about 25% of their value. I know I always say that we should focus on income more than price, but I still hate losing money. I will hold on until the income puts the value of the shares above what it was when I bought it.

Last month I predicted that my dividend income might go down. I assumed that was because if there is a recession, a lot of companies would go under. I think it is just as likely to go up. If prices are higher that money has to go somewhere. I am not seeing more in my paycheck.

I still believe the basic point of last month’s essay: If you invest in a new area, you are probably going to get hosed. Invest in survivors and incumbents. You might not make as much money as whoever is lucky enough to pick this cycle’s winners, but you are less likely to get hosed.

I think anything to do with corrupt-o-currencies or NFTs is a scam and I think it should all die in a fire. It is bad for the environment. It is designed to be inefficient. If all the buttcoin miners doubled their mining capacity, the hash rate would decrease. This is something to keep in mind the next time they compare it to the rest of the financial system. Ark Investments (Cathy Woodshed’s firm) tried to debunk some buttcoin “myths”, and they addressed the energy issue. And I think they failed miserably. According to the article, Traditional banking emits 1,368 Megatonnes (Mtoe) of carbon per year and gold mining emits 144 Mtoe. Bitcoin emits 61 million Mtoe, less than 5% and 45% of traditional banking and gold mining, respectively. But what about energy costs taking into account the number of transactions? Yes, buttcoin is using far less energy overall, but then doesn’t buttcoin have fewer transactions than the traditional banking system? What is the “per-capita” energy use of Bitcoin vs traditional banking? I think the rate of a buttcoin block being validated every 10 minutes is fixed forever. So if the miners throw more capacity at the blockchain, they won’t get anymore transactions. If anybody else on the planet increases capacity, they get more output. Bitcoiners love to tout that miners are looking for more renewables energy sources. They kind of have to. And there is nothing to stop everybody else from using more renewable energy.

I am not clear exactly what the Lightning Network is; I think the idea is to make buttcoin transactions faster by doing transactions on another blockchain. I thought buttcoin is supposed to prevent double spending by putting all transactions on one chain. LN sounds like an admission of failure: “Bitcoin is great! As long as we have this totally different thing on top of it.” I think if corrupt-o-currencies can ever work as actual money that is used by Main Street, you would need to add so many layers you basically have something like what we have now.

There are also issues with keys. I don’t know how common this is anymore, but there are plenty of stories of early adopters looking for hard drives in dumpsters and landfills because those hard drives had their wallets. I know VCRs are out of date, but a lot of people had the blinking twelve problem. That is the level of technological sophistication that most people have. A no-recourse financial system is not the answer. I do not want to be the bank.

They also tried to rebut the myth associating buttcoin with crime. If you read the original buttcoin paper, the entire point was to make a payment system for non-reversible transactions. If you get scammed or have to pay a scammer with buttcoin, you will never see that money again. So crime is a bigger issue for buttcoin than the conventional financial system.

For about three decades after WWII we had strong regulation of the banks. Some of the regulations started in the Great Depression. Then Saint Ronny came along, and he started deregulating. Now things seem to keep falling apart on a regular basis. I read somewhere that Glass-Steagall was in place for 65 years, then less than a decade after repeal we had a crisis. I am sure that a lot of crypto-bros will say that regulation is not the answer, but I think that is circular reasoning. It is amazing that they have gotten people to talk about this in everyday conversation. If you can do that, then I think you can shift people’s mindset about regulation. Reducing corporate influence on government is the answer. If the crypto-bros actually replace governments and the current financial system, then THEY are The Man, and we are back where we are now.

And it won’t work long term as a currency anyway. There is a hard limit on the number of bitcoins (at least now there is). So when all the buttcoins are mined, prices in buttcoin will be subject to deflation. Economies stagnate in deflation. And how will the miners make money when all the coins are mined? “Transaction fees” we are told. Since prices will be going down, I predict the fees will go up. People hate paying fees.

WRT “blockchain”: The only reason anyone talks about blockchain is because after people started asking what is the point of buttcoin, we were told that the magic isn’t buttcoin itself, but the blockchain. Blockchain advocates tell us that logistics and supply chains are the killer use case for blockchains. Then why haven’t we heard more about them? There have been a lot of changes in industries (and thus their supply chains) in the past decade: incumbent auto companies making electric cars, oil and gas companies increasing fracking, utilities increasing utilization of renewable energy. New products, new components, new vendors, new supply chains. If blockchain makes it all better, surely they would be using it, and surely word would have filtered out.

I did find a few pages about Walmart Canada using blockchain with their suppliers. There is a page about it on Havard Business School’s site. The company providing the blockchain is DLT Labs. They are using a private blockchain built with Hyperledger Fabric. DLT Labs’ news page really pushes Walmart and a mining company called Teck Resources Limited. So a decade has gone by and we have two examples. I think blockchain is here to stay, but in a much smaller capacity than its advocates hoped. And even if it succeeds, it could still lead to some bad consequences. As a commenter on Hacker News put it: all the blockchain proves is that someone said they’d shipped you a box, you could still open it and find it full of rocks. If the blockchain vendors can solve that problem, now we have the building blocks for an insurmountable police state on a slowly boiling planet. (You said you were here, but we can prove you were there.) Thanks Satoshi!!

FYI: Walmart is using proof-of-stake since it uses less energy.

NFTs are proof that all of this is a solution in search of a problem. The only way to really make sense of NFTs is that you are spending money so you can say you spent money.

I don’t know if they have done this, but I can see Saturday Night Live doing a commercial for buttcoin like a pharmaceutical ad: Do you have more money than brains? Do you want to be one of those old men shaking their fists and yelling at clouds? If you answered yes to either of these questions, bitcoin might be for you.

Here is a table with the year-to-date amounts, the monthly amounts, and the three- and twelve-month moving averages for each June from 2011 through 2022:

Here are the securities and the income amounts for June, 2022:

Big Jim verified this article with an algorithm called Proof of Jim.