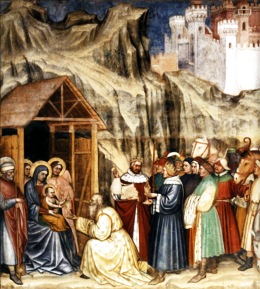 Here is the dividend income report for August, 2022.

This is the second month that my twelve-month moving average was above $1,000.

This is not the time on Sprockets when we dahnce, but it is the time when we talk about the stupidity of corrupt-o-currency.

There is a lot of debate over whether or not we are in a recession. A lot of people are using the colloquial definition of two quarters of shrinking GDP. The National Bureau of Economic Research has more criteria: real GDP, real income, employment, industrial production, and wholesale-retail sales. Employment right now is strong, and I think sales are also up. In general, most indicators are pointing in the same direction. I think one issue is we are in a transition period where some indicators are good, and some are bad. I suppose there is always a transition period when we go from expansion to recession or vice versa, but this transition period feels like it is grinding very slowly.

I think long-term things will improve. Raising rates will get rid of inflation. But it could cause a recession. Long-term gain, but short-term pain. How short-term? And for whom? Shouldn’t a store of value like bitcon be rising in a time of uncertainty and transition like this? At the end of last month, it was $23K. Then it went up to $24K. For the past week it has been hovering around $20K. Are there wash trades to keep it above a nice, round number?

There are floods in Pakistan that made about 15% of the population homeless, the war in Ukraine is affecting energy prices and generation throughout Europe (in addition to all the problems it is causing for Ukrainians), the world is still having supply chain issues, the whole globe is dealing with drought and inflation, and it is looking like the previous president has been selling state secrets. The world is falling apart. Why isn’t bitcon soaring? It was supposed to be the thing that was to keep humanity free from tyranny. It was supposed to be hope. But it looks like it is losing steam right when people need something to be hopeful about. I have heard “any day now” from executives and managers. I have heard “just wait” from women who left my life in tatters. I heard “soon” from lying pastors and corrupt martial arts masters. This is the tomorrow when you said things would be different.

One of the arguments that corrupt-o-currency pushers use is that corrupt-o is good because there are more and more people buying corrupt-o. People still shoot themselves in the face. People get drunk and choke on their own vomit. People still support Donald Trump. Just because a lot of people are doing something does not make it a smart thing to do. As David Gerard and Wolf Street pointed out, a lot of this “corrupt-o-currency goes mainstream” was really a lot of corrupt-o companies investing their blockchains/coins/tokens/NFTs/web3-things in other corrupt-o companies’ blockchains/coins/tokens/NFTs/web3-things. It turns out that a bunch of snakes eating each other’s tails is no different than one snake eating its own tail. All the houses of cards were connected, so they all fell at the same time.

There is no income stream. Why are people still talking about this? And now electricity prices are going up while the price of crypto is going down, according to Wired magazine. Some miners funded their ASICs with debt, and instead of HODL-ing forever (which never makes sense for any asset), they are selling. The bitcon fanboys thought bitcon was different, but it turns out nothing has changed. Assets with no cash flow are worthless. And the world does not owe miners a minimum price based on the miners’ costs. Bitcon mining is like filling your bathtub with cement and demanding the world give you money.

However, I do think there is one good use of bitcon: It is an IQ test and an ethics test in one package. If you are pro-bitcon, you are both stupid and a terrible person. End of discussion.

Granted, since this is bitcon, there are probably more efficient ways to test someone’s IQ and ethics at the same time. Maybe that is the cynic’s definition of bitcon: finding the most wasteful way to tell the world what stupid, horrible person you are, and defending it until the bitter end.

In other news, the Federal Reserve is finally raising rates. I can understand why rates were kept low during and immediately after COVID, but I thought that they would have gone up between 2012 and 2019. One thing that bugs me is that a lot of people blame all the bad things that happen on “the Fed”. Even people on sites that I generally respect, like Wolf Street (mostly the commenters, not Wolf himself). I call bull. Nobody forced anyone to put money into meme stocks. Or unicorns that do not make any money. Or corrupt-o-currency. People chose to do those things. I have stuck with dividend growth stocks. I might not be doing as well as the people who are subjects of articles with titles like “Minimum Wage Janitor Retires With Millions Thanks to Dividends”, but I am doing alright. If people got greedy and stupid, it’s not the Fed’s fault.

I will say one thing for Powell: He deserves credit for not lowering rates until COVID. Trump was blathering on that rates were too high and needed to go down. Trump also owes a lot of debt to a lot of banks. He didn’t want rates to go down because he thought it was good for the economy, he was just crying his own book.

I don’t think they will have to raise rates to the same level that Volker did to tame inflation. People and corporations have a lot more debt now than they did in the 1970s and 1980s.

WRT unicorns that never make money: One commenter on Hacker News pointed out that many of the VC firms are not just investing, but pushing a glibertarian world-view. Why else would somebody be dumb enough to give money to Adam Neumann from WeWork? Maybe he should call his next company WeBezz, from John Kenneth Galbraith’s term “the bezzle”. He defined it as the period when the embezzler has his gain and the man who has been embezzled, oddly enough, feels no loss. There is a net increase in psychic wealth. Perhaps corrupt-o-currency and the VC/startup world are just a big “re-bezzle”: Nobody thinks any of it will amount to something, and all the participants at each step are just looking for someone else they can leave holding the bag; nobody cares about building a company that will last, they all just want to flip. Which is totally in line with the cynical definition of glibertarianism: I have the freedom to be rich, and you have the freedom to be poor.

Here is a table with the year-to-date amounts, the monthly amounts, and the three- and twelve-month moving averages for each August from 2011 through 2022:

Here are the securities and the income amounts for August, 2022: