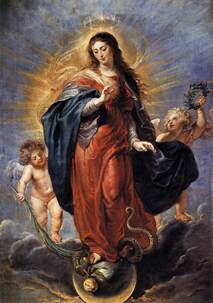 Here is the dividend income report for September, 2022.

This is the third month that my twelve-month moving average was above $1,000.

There is not a whole lot to say about my stocks.

VPU was late again. I wish that iShares would lower the cost of IDU, or that State Street would come out with another utilities ETF besides XLU. State Street has lots of sector ETFs besides their S&P 500 SPDRs; for some reason utilities is the only sector without a non-SPDR ETF.

WRT bitcon: at the end of last month it was at $19K. Then throughout the month it hovered around $18K, up to $20K, and now it is slowly going back down to $19K. I watched David Gerard’s August appearance on the Rational Reminder podcast. He pretty much said it’s all just fraud; that is the only use case. He also point out that bitcon’s peak was when Elon Musk talked about bitcon. I don’t know if him talking about corrupt-o-currency was the cause of the peak, and DG did not really go into that too much. I would not be surprised if it never goes above $25K again. Granted, I might be wrong; there is no shortage of either predators or desparate people. DG said a good book about bitcon and corrupt-o-currency was written in 1841: Extraordinary Popular Delusions and the Madness of Crowds.

I did ask on Hacker News how is the Lightning Network supposed to help. I got a couple of responses; you can see them at the link. My question was: Bitcoin advocates say that the BTC network has to be slow to be secure and decentralized. If you start putting transactions on a second blockchain, don’t you lose all the security/validation of the BTC blockchain? One of the answers pointed out that LN is not another blockchain. It seems like a lot of bitcon fanboys want to have it both ways: Bitcon is the answer to all our problems, until it’s not. You can look at the answers for yourself, but I am not convinced the circle has been squared. Or if it has, then what is the point?

What if you get scammed on the LN? Don’t you lose that money forever when the transactions are moved to the bitcon blockchain? Who backstops the LN? And why would I want to deal with sats (which I am guessing is short for Satoshis)? My life is complicated enough with one currency. Maybe that is the issue in a nutshell: The corrupt-o bros think they can make all of this easy. But ultimately it is not easy.

And even if corrupt-o-currencies become the norm, I think one condition will be that society will wind up building a parallel financial ecosystem just as complicated as we have today.

And when your currency is touted by a jackass who calls himself a dictator, then do not talk to me about how bitcon is freedom. Maybe if Bukele had two brain cells talking to one another, he would have thrown the gang leaders in jail while he was making deals with them.

Bitcon seems like an online version of Glibertarian’s paradise. These experiments tend to fail (see here and here for two examples). Like DG, I predict that the Bitcoin City in El Salvador will not amount to much of anything.

While looking into Bitcon City and the various attempts to create Galt’s Gulch, I found some pages about a guy named Doug Casey, who created La Estancia Cafayate. I think this is the site for the community. There is also an article in the New York Times here. It seems to talk a lot about wine and golf, but no glibertarian buzzwords. There is a page here about a couple from South Africa looking for “freedom” and who mention Doug Casey’s writings. The site is for a broker names Terri Casey, who I assume is Doug Casey’s wife. The post has “Part 1” at the end of the title, but there is no Part 2 on the page with posts. Perhaps Mrs Casey needs to cut back on the wine.

I found out about Doug Casey on a site called International Man. Interestingly enough, the posts are not dated. There is one that predicted another Great Depression will hit full force in 2017. Evil fell upon us in 2017, but not an economic depression. I am at a point where I reject doomsayers who never admit they are wrong. I also do not trust sites that sell something and give no physical address. Maybe talking about wine and golf and villas for sale is a way to admit you were wrong without actually having to use those words. Maybe that is freedom and liberty are now: a place for old people to complain for half price.

I did not read all the articles on International Man (I have better things to do). Maybe he never intended it to be a place where people are productive, have jobs and run companies. But those glibertarian paradises never work out either. It is bizarre because a lot of the guys pushing these do tend to be wealthy and successful in some industry. Yet these git-er-done types fail when building a society or community.

Sometimes these guys all sound a lot like disaster preppers: Instead of just coming up with a plan to walk away from society (or prepare for its demise), why not put some thought into improving it somehow? Can putting too much energy into preparing for some negative outcomes make them more likely? If the corrupt-o-currency bros can get the world to talk about this thing that most people do not understand, then you can get some serious regulations through Congress, like the kind that worked for about 60 years.

Here is a table with the year-to-date amounts, the monthly amounts, and the three- and twelve-month moving averages for each September from 2011 through 2022:

Here are the securities and the income amounts for September, 2022:

Big Jim says there is more to preserving freedom than opting out.