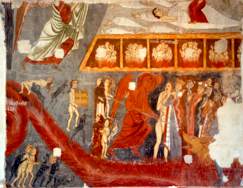 I have a few more thoughts on the Russian invasion of Ukraine: It proves that Putin is probably one of the stupidest people who has ever lived, and China should think long and hard about invading Taiwan.

Russia thought it had a good army. It did have a few conflicts that it seemed to win; granted, its enemies were worse than they were, and they usually did a lot of bombing and human rights violations (kind of like they are doing in Ukraine). But they seemed to think because they defeated weaker militaries in countries with a fraction of Russian’s population that they knew what they were doing. The Ukrainian military in 2014 was worse than Russia’s, with even older equipment, but they learned their lesson and have been preparing. A lot of people think Ukraine is more corrupt, yet somehow they are able to train and equip their soldiers. Meanwhile, Russia is sending obese and aging convicts to the front with toy rifles. If only the oligarchs could throw their misstresses’ fur coats at the Ukraine army, then this would be over very quickly.

If any leader should win a war, it is a former spy. Not because I think that spies are geniuses. Their job is to get an accurate assessment of a situation, particularly when other people are trying to mislead you. Perhaps Putin got so caught up in spreading lies in the West he forgot how to detect liars in Russia.

Aren’t spies supposed to know what the situation is on the ground? Putin was wrong about the readiness of the Russian and Ukrainian militaries, the sentiments of the peoples of Russia and Ukraine, and the response from the international community. In other words, just about everything.

The Russian gov had press releases ready to go before the invasion with dates two or three days later congratulating the Russian army for liberating Ukraine. There were screenshots of them posted to twitter. Now there are rumors that Putin is preparing to use nuclear weapons. There have been much longer wars throughout history, but from press releases to doomsday weapons in seven months is something.

Putin keeps saying Ukraine is part of Russia, but Ukrainians say they are a separate country, language and ethnicity. To non-Slavs, Slavs all look and sound alike. To them, they are all as different as night and day. Kind of like Scandinavians look to the rest of us. I have not met too many Ukrainians, but they were all insistent that Ukrainians are not Russian. But like I said, to me, as a non-Slav, they seem the same. Maybe Putin’s problem is he does not know any Slavic people. If you have any thoughts on how the President of Russia can get in contact with some Slavs, let me know. Either the few Ukrainians I have met were part of a conspiracy to fool little old me, or Putin knows less about Slavs than I do.

And let’s never forget: A lot of conservatives still think that Putin is the smart one and Biden is senile and doesn’t know what he is doing. They never look at evidence. Some pro-Russian supporters say that Russia is tricking Ukraine, and they will “release the kraken” soon. Why didn’t Russia start out that way? I hereby propose Dugin’s Law: If someone’s plans are going badly, and they or their supporters keep saying “Just wait” or they are playing Nth dimensional chess and you just can’t see it, they are idiots.

I think it’s funny that some pro-Russian people say that Ukraine is winning because of help from NATO; the implication is that getting help from NATO is unfair. Maybe Putin should have foreseen that; Trump tells us Putin is a really smart guy. If we are going to argue about that is fair, Ukrainians would say that the whole invasion is unfair. People forced to fight for their lives are not going to care about fairness.

As far as China goes, given that Russia was wrong about everything even though they have fought more conflicts than China has in the past 40 years, China should take a long, hard look at its miliary to make sure it can do whatever mission it is sent on.

Russia faced some outclassed opponents, but they have fought some actual land battles in the past few decades. When was the last time China tried a sustained conflict? I think that was the last time they invaded Vietnam in the late 1970s. I read somewhere China did not even give some of their soldiers guns, they just sent wave after wave of bodies against the Vietnamese. Vietnam had to ask to start peace negotiations because they were running out of bullets. China has had a few small skirmishes with India, but nothing major since then. Nothing as large as Russia’s invasion of Ukraine.

Building a bunch of fake islands will not help China take over a real one filled with people who do not want to be part of mainland China. China should make sure their equipment works, their food is less than a decade old, and not send their elderly to an unwinnable war.

It is amazing to me that people who call Ukraine “the Ukraine” will call The Hague just “Hague”. I don’t know why there is a city with the definite article. Perhaps there were professional wrestlers in medieval Europe.

“Ladies and gentlemen, weighing in with a population of half a million, the International Court of Justice, and several multi-national corporations, give it up for….The Hague!!”

Big Jim says: Do not conflate the way things actually are with the way you want things to be. Reality has better stamina and determination than you do.