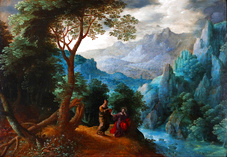 Here is the dividend income report for October, 2022.

This is the fourth month that my twelve-month moving average was above $1,000.

The price of bitcon is just above $21,000 today. It was stuck below $20,000 for a few weeks, then jumped up to above $21,000, and since has slightly declined, but still flat. Dave Gerard and Amy Castor both think the price is being manipulated. Given how the economy is grinding along, it is odd how The Answer To All The World’s Problems is in a tight range.

I watched a few episodes of the Rational Reminder channel’s Understanding Crypto Limited Series. I have only watched a few out of order. So far I like them.

One commenter on the episode with Bruce Schneier suggested Greg Foss: “olearly and foss have strong personalities and have strong onscreen presence and they’ll likely overpower the hosts”. I googled this Greg Foss and looked at a few videos with him on YouTube. He does not have a “strong personality”. He is just an asshole who yells a lot. A lot of people think “loud” means “strong”. It doesn’t. Generally loud people are stupid. You can just nod your head, they think you agree, then they go away none the wiser, not even remembering what they spewed out in the first place. Greg Foss looks like he has never had an actual conversation with anyone. He just yells whatever is brain is vomiting. Can you imagine this guy meeting Alex Jones? They would spend hours yelling at the clouds before noticing each other. News flash: us quiet people can yell back when we need to. Yelling is not a super power.

In one of the videos I saw of Foss, he was going on about the deficit. I pretty much stopped there. These idiots never have a problem with the deficit when conservatives cut taxes for the wealthy. It does not lead to more economic growth, wealthy people do not expand and invest, and the tax cuts do not force conservative governments to spend less. But when a progressive adminstration comes in, oh my god, the debt!! Will nobody think of the children?!?!?! Living life in all caps makes you look stupid. Living life in all caps while sucking up to the wealthy means you are stupid.

A lot of people treat corrupt-o-currency like another speculative asset, even though the world already has a lot of speculative assets; some of them actually have cash flow. Other say bitcon is a hedge against inflation. Isn’t gold a hedge against inflation? Why do we need bitcon when the world has gold? A lot of the bitcon-men do not want to spend their bitcon, they just want to hold it. Warren Buffett pointed out that gold is inefficient: You have to mine it, then you have to store it somewhere secure and pay insurance. So you pay money to dig it out of one hole, and you pay more to stick it in another hole. The bitcon community looked at that and thought: We can be even less efficient than that. Why not just use gold? I guess bitconners really are just misanthropes.

Schneier says that corrupt-o-currency is trying to solve social problems (or what are problems for some people) with technology. The host asked why corrupt-o-currency bros are trying that, and Schneier said, “Because it would be great if you could do that.” It reminded me of the quote from Big Jim from last month: do not confuse the way things are with the way you want them to be.

First one was a programmer named Daniel Mescheder who explained blockchains, bitcon, and proof of work. He had a few points that were also made by another software developer named Stephen Diehl, who authored the articles The Case Against Crypto and Web3 is Bullshit. It all sounds great until you need to have your blockchain interact with the rest of the world. Getting real money in is easy, but getting it back out always seems difficult. It’s like a roach motel for money. Mesheder said some blockchain people want to put land ownership records on the block chain. But if he claims your land, he cannot just wave his blockchain at you. We need some sort of real-world enforcement, or some way to resolve disputes. And if you are relying on someone for enforcement, can’t you rely on them to store the data on the chain? One issue he did not mention is: what is to stop someone from making another blockchain for the same land? Diehl mentioned multiple coins. There have been some blockchain/coin companies that paid people in their tokens instead of dollars. Diehl compared this to wildcat banking. I do not want to pay every monthly bill in another currency.

The topic of immutability came up a few times. Ethereum rolled back a hack, so it’s not really immutable. The only reason bitcon is immutable is that nobody wants to roll back. But it’s all just stuff people made up; they could roll it back. The reason that will not happen is that a lot of people are invested (literally and metaphorically) in the status quo. Bitcon is just “too big to fail”. The sort of problem with the current financial system that bitcon was supposed to solve.

Another episode was with David Gerard. As you can imagine, he said there was no point in any of this.

In other news, Kroger buying Albertsons, and the PE firms that own Albertsons are paying themselves a dividend (discussion on Hacker News; some states are trying to stop the “dividend”). Per the linked article on HN, the $4B extraction is about all the cash Albertsons has on hand. The PE firms have owned Albertsons for 7 years. If they haven’t made a profit, it’s their own fault. Paying out all your cash at once is stupid. It’s like they looked at Elon Musk buying Twitter and said, “We can top that.” I think we should stop calling these one-time payments “dividends” and call them extractions, or bloodlettings. Just as there are public benefit corporations whose charters say they have to be run in a sustainable manner, perhaps there should be a type of corporation that is centered on long-term sustainable dividends and prohibits stock buybacks.

Here is a table with the year-to-date amounts, the monthly amounts, and the three- and twelve-month moving averages for each October from 2011 through 2022:

Here are the securities and the income amounts for October, 2022:

Painting of the Temptation of Christ by Tobias Verhaecht (1561–1631); image from Wikipedia, assumed allowed under public domain.