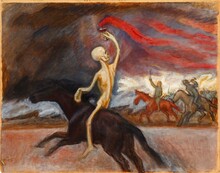 Trump badmouths his own appointments, never compliments people who were there for whole term

Donald Trump is so toxic, not only does he constantly bad-mouth people who were fired or left during his administration, he never has anything positive to say about the people who stayed for the duration.

Many people have noticed the pattern that Trump brags he “only hires the best people”, things go badly (usually a combination of the person he hired having terrible ethics, massive conflicts of interest, and being callous and stupid, and Trump saying crazy things to make their jobs more difficult), then he fires them, and then he says nothing but bad things about them from then on out.

We could point out that if he was as smart as he says he is, he would find better people. Or he would admit that maybe since he is the boss that he just might be part of the problem.

I would like to point out something else that has not gotten a lot of attention. Like everything else about him it is a sign of dysfunction. Out of the 23 highest-level appointed positions in the executive branch, only about a half-dozen were there for his whole term. Five served until the end of his admistration [Note 1]:

Two more served until they resigned after the January 2021 attempted coup:

To my knowledge, he has never said anything positive about any of these people.

Recently, he even insulted Chao on his Twitter knock-off [Note 2]:

Is McConnell approving all of these Trillions of Dollars worth of Democrat sponsored Bills, without even the slightest bit of negotiation, because he hates Donald J. Trump, or is he doing it because he believes in the Fake and Highly Destructive Green New Deal, and is will take the Country down with him? In any event, either reason is acceptabl. He has a DEATH WISH. Must immediately seek help and advise from his China loving wife, Coco Chow.

Notice how he sees other people’s actions as springing from their opinions of him, and cannot conceive that he might not be a criteria in someone’s decision-making progress.

Recently Bob Woodward released some tapes showing how stupid and horrible Trump is. Trump is suing Woodward over tapes, and says Woodward is a sleazy journalist. Then why did you grant him access?

There is something seriously wrong with someone who only has positive things to say about himself, the daughter he wants to bang, and dictators. It’s like that old saying: If you think everybody is a jerk, then you are the jerk. And yet half the country would literally die for him. Some just for the tax cuts. He would cast them aside just like he did with his loyal Cabinet members.

Note 1: If you think this group is the best and the brightest, you are a poor judge of character and intellect. And you might have a future in the Rethuglican Party. Note 2: For a guy who loves to brag about how educated he is, it is odd that he capitalizes random words. I think in German you should capitalize every noun. Why does Trump do it? I do Nazi the connection.

Big Jim says that most people who brag about their instincts usually have terrible instincts.