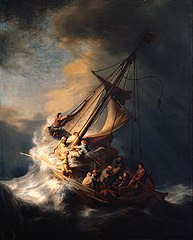 Here is the dividend income report for November, 2022.

This is the fifth month that my twelve-month moving average was above $1,000.

Before I continue writing about why bitcon and corrupt-o-currency are stupid, I should mention another no-coiner. I have written about David Gerard and his blog Attack of the 50 Foot Blockchain. He has weekly updates on what is happening in the world of corrupt-o-currency. I should also mention Amy Castor. He and Amy alternate the weekly report. Her blog is low-contrast, but you can read it in Reader View.

Six months ago there were a lot of bankruptcies in corrupt-o-currency: Voyager Digital, Three Arrows Capital, Terraform Labs, Celsius Network. A firm called FTX started buying other corrupt-o-currency firms, and a lot of people thought they were going to help the sector stabilize. Now FTX has gone bankrupt. The first wave of collapse brought bitcon from $30K to $20K. This wave has taken it from $20K to $17K.

Some bitcon maximalists think this will not hurt bitcon in the long run. One of David Gerard’s ongoing gags is to explain how something bad is actually “good for crypto” or “good for bitcoin”, because whenever anything happens that looks terrible, there is always someone who says “This is actually good for crypto because…” or “This is actually good for bitcoin because…”. Well, for those people, the hamster wheels in their brains are working overtime, because a lot is happening.

Blockchain is just a trojan horse for bitcon. When bitcon first came out, a lot of people who were not glibertarian dudebros asked what good is this? And the answer was: the magic is not bitcon itself, but the blockchain! For a long time you could not buy other coins directly. You had to go fiat -> bitcon -> some_other_stupid_coin. Then NFTs came along, and only two types of people thought they were any good: People selling them, and the first wave of buyers. It became a solution in search of a problem. Blockchain, NFT, alt-coins, ICO, web3: It’s all just a way to push bitcon.

Shipping company Maersk and IBM made a platform that used blockchain to manage global trade. They are shutting it down. I wrote a few months ago that Walmart is using blockchain to manage their supply chains in Canada. The vendor is DLT Labs, and their news page has not had any updates since then. Perhaps Walmart stopped using it and DLT Labs hasn’t mentioned it. Or at best DLT Labs is looking for a second customer for The Answer To All The World’s Problems. Back in 2017, blogger Tim Bray pointed out even then that we should have seen more success stories with blockchain. He mentioned other technologies that made life easier for developers and admins: Unix, C, Java, REST, cloud.

And without exception, I observed that they were initially loaded in the back door by geeks, without asking permission, because they got [tasks] done and helped people with their jobs.

That’s not happening with blockchain. Not in the slightest. Which is why I don’t believe in it.

Maybe Walmart is expanding their use of blockchain with another vendor. Given what little I know about Walmart, they would not tell anyone. Maybe there are a few niche cases for blockchain. Maybe it will change the jobs of a few (hundred? thousand? ten-thousand?) people out there. But it’s not the web, it’s not Java, it’s not Rails, it’s not cloud.

I cannot find it, but there was a tweet from someone who said if you look at the chart for bitcon, you can almost see the moment it went from a toy for anarcho-glibertarians to a speculative asset for the masses. Well, the masses speculated, and they lost a lot of money.

Bitcon is the paradox of glibertarianism writ large: Glibertarian dudebros are always complaining about the guv-ment telling them what to do. Yet they have no problem trying to force changes on society that nobody asked for.

I have been gathering notes with links and comments from various sites about bitcon and corrupt-o-currency. Perhaps at some point I will get around to making it into a blog post and clear all that stuff out. Honestly, I wish bitcon and corrupt-o-currencies would all just go away. A few bloggers and lecturers have said they want it all to “die in a fire” (see here and here). Given that climate change is already an issue, there is a chance that bitcon won’t just die in a fire; it might take all of us with it.

As Amy Castor and David Gerard have pointed out, every firm in this sector is as Quadriga as they can get away with, until they cannot.

Here is a table with the year-to-date amounts, the monthly amounts, and the three- and twelve-month moving averages for each November from 2011 through 2022:

Here are the securities and the income amounts for November, 2022:

Big Jim is trying to be as Captain Kirk as he wants to be. He is doing better than the corrupt-o-currency sector, but not as well as he wishes.

Painting of the Storm on the Sea of Gallilee by Rembrandt van Rijn (1606 – 1669); image from Wikipedia, missing since 1990, assumed allowed under public domain.