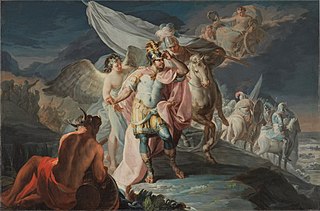 Like many people distrustful of Elon Musk, I have an account on a Mastodon server. You can find it at https://masthead.social/@EFreethought.

I know some Mastodon servers have “themes”, like tech, or a geographic location, some are geared towards journalists, etc. I just picked one that would let me make an account. I read somewhere that it might be a good idea to make accounts on multiple servers in case one goes down. I guess I was thinking about how Mastodon is like Twitter, and not considering how it is different.

So far I am following three accounts: journalist Molly White who writes a lot about corrupt-o-currency, her project web3 is going just great, and blogger David Gerard, who has been mentioned several times on this website.

I also found out today Amy Castor and David sometimes post and comment on the Buttcoin subreddit.

Daily Kos had an article about possible Twitter replacements in case Mastodon does not work out.

One thing about Mastodon is that I can see the toots of people I follow, but I do not know how to hide their re-toots or forwards. Or whatever they are called.

Honestly, calling them “toots” just sounds stupid. I want to call them “tweets”, even though it is not Twitter. Granted, I thought the term “tankie” was stupid, but I have been seeing it more lately, especially as the Russian invasion of Ukraine keeps going. Per the Wikipedia article, the term “tankie” has been around since the 1950s; I thought it was new.

I may or may not post some thoughts on Elon Musk. I have an outline that I started a while back. I have always wondered how he is able to run three companies. Given how he handled things at Twitter: it looks like he doesn’t. When there is chaos and drama (living in the factory, making cars in tents), he is running things. When things are smooth, he is not involved. I have read a lot of articles stating that he is just a figurehead and there is a layer of management devoted to preventing him from breaking things.

Big Jim was surprised there are not more paintings of Hannibal crossing the Alps; you have to be pretty determined to go through high mountains with elephants.

Image “Hannibal the Conqueror, Viewing Italy for the First Time from the Alps” by Francisco de Goya y Lucientes, aka “Goya” (1746 – 1828); image from Wikimedia, assumed allowed under public domain.