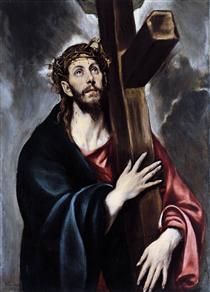 I would like to write longer posts. It makes me look smart. But I do not have as much time to devote to this as I would like. Or watching television. Or lots of other things.

But the urge for self-expression remains. I have a lot of small comments in text files that have been piling up for years. I would like to clean up some part of my life. I do sometimes read articles online at work and jot down notes and thoughts; sometimes they are enough for an entire post. But I do have a backlog that I would like to clear up.

Also I could react to things more quickly. However, there still might be some posts about events from a few years ago.

Also it would be a chance to look at more artwork. I try to find a painting or illustration for each post (usually they have nothing to do with the content). I have been doing some research into art from centuries ago, and I would like to keep looking into it.

Plus, I can’t let Joshua Spodek use up all the good words.

Big Jim has a lot of stuff to talk about. 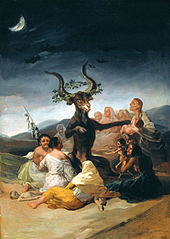 I have a new page on my site: Things Trump Says He Knows.

I think Trump knows about manipulating people, lying and being a jerk.

He made this claim a few times during the campaign, and he made it in his first speech to the CIA.

I say right now: I reserve the right to stop updating this page. Because Trump thinks he knows a lot about a lot of subjects. He thinks he knows so much, I just might say, “Trump, please stop knowing so much, I can’t spend all my time updating that page.” I’m sure we will get tired of him knowing things.

Donald Trump has claimed to know a lot about many things.

Frankly, I think all he knows about are lying, grifting, being a jerk and manipulating people.

But he says he knows a lot about a lot of things.

He claims to be an expert in more things than I think one person can know.

So I thought I should start keeping a list.

I am sure as we go forward, there will be more things to add to the list. Because in his mind, there is no limit to the topics he is an expert in.

To start, I only have a few. I think sometimes he says he knows something, and sometimes he claims to know “a lot” about it. So I will also track that.

Image  from Wikipedia, assumed allowed under Fair Use. Painting “Witches’ Sabbath” by Francisco José de Goya y Lucientes, or just Goya (1746-1828). Goya should have his own website. He’s really a wonderful artist, very artistic in his art. Nothing to do with Trump. 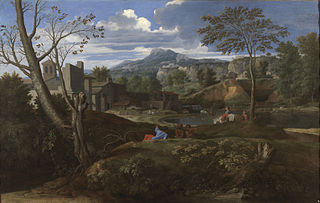 I will be doing things a bit differently from now on. I will still post, but I will be putting more content on pages going forward.

I had started a category of posts about my “fitness journey”, but I decided to consolidate that into a page. (Someday I will finish it.) I also have a page for my “dividend journey” (why I decided to go with dividend investing) that started out as a post. I think some things are better on one page than split over multiple posts.

I will make something a page if I feel that posts should be consolidated, or the post is very long. If I make a change to the page, I will make a post stating that I made a change (and add an artistic image as well).

The monthly dividend reports will still be posts.

Image from Wikimedia, assumed allowed under Fair Use. Painting by Nicolas Poussin (1594-1665).

I have accounts on Atheist Nexus and Think Atheist. I have put a few posts on those sites, usually posts dealing with atheism, religion and/or science. I am toying with the idea of putting every post on those sites just to help them get some content. It’s not that I think I am a great writer or deep thinker, but I think that a social network would benefit from more content.

I am not really into Facebook at all. So if I can help any alternative to Facebook survive and thrive, then I am all for it. Although I do find the Ning platform a bit awkward at times.

I don’t know how people will like having posts about other topics on there. But it might help dispel the idea that atheists can only talk about one topic. On the other hand, it is okay for a site to be about one topic.

Image from Atheist Nexus, assumed allowed under Fair Use 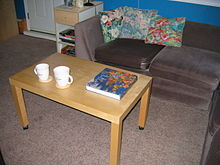 I made a few updates to the site over the past few weeks.

I also added a couple of pages to the Lists section. I added a list of atheist podcasts and a list of podcasts about science. I have not listened to all of these. It is nice to have a list to reference when I want to hear something new.

I am looking for work. I am getting calls from recruiters from everywhere. They leave messages on my Skype account. I like to know which ones to ignore, since there are large parts of this country that I do not want to move to. I like to use area codes to get an idea of where the call is coming from. Granted, this does not always work since someone could use a cel phone with an area code for a prior residence. Still, I have decided to make a list of area codes on this site.

I will start a new category for the blog called “Ambient Echo”. Sometimes I read something that mirrors something that I wrote, and I would like to occasionally publish links to those pages. One reason I am doing this is I have a text file with notes for posts that is getting very long. This might help clean it out.

I don’t know when I will get back to posting about atheism, skepticism, politics, fitness and dividend investing.

A friend of mine from college is letting me stay at a place she owns for a couple of months. So in addition to finding out where everything is I have to find a new place. It takes a while to get to work everyday. When things get more routine I will post more.

I have added a new page to the site. I am keeping a list of sites that are running on Google’s Blogger platform, but are using their own domain.

There are plenty of sites that are on Blogger that are not using their own domain. The Immoral Minority is one I check at least once a day. But I like to see if I can find others that are running totally on Blogger.

One hint is that a lot of them use the Blogger logo for their favicon. Sometimes the layout and design just looks like a Blogger site, although I have seen a few sites running WordPress with themes that look like Blogger sites.

I reinstalled all the software on my site. I upgraded the OS, and had to reinstall afterwards. So I will need a few days to get things back to the way I want them to be.