I am once again considering moving to Seattle.

I mentioned in a prior post that when I was unemployed I asked my friends in various cities what their cities were like. A couple of them lived in Seattle.

I mentioned that one of the things I liked about Chicago is that I do not need a car to get around. One of them, MSL (I will identify them by their initials) said that he did not have a car and got by fine without it. Another, JL, who was MSL’s roommate in college, gave me a different opinion. He said there is mass transit, and you can get by without a car, but it is not too convenient. JL said that Seattle is not as green as its reputation. I told him that MSL said he got by fine without a car. JL informed me that MSL had gotten injured mountain climbing, and was unemployed for quite a while, so he did not really need a car. Taking an hour to get across a city is not that big of a deal when you do not have to go anywhere most of the time. I got the impression that JL and MSL had kind of drifted apart. But JL’s assessment led to my crossing Seattle off my list.

A few years have passed, and I am unemployed again. When I spoke to him a couple of years ago, JL said that he loved living in Seattle and hoped to stay there his entire life. He and his wife have now moved to San Francisco. I think they may have moved for his wife’s job. JL has been working on a book featuring interviews with people who have lived in countries that were/are under martial law. At some point I will ask him why he started this book. His degree is in electrical engineering. How one goes from EE to martial law is a story I would like to hear.

MSL is employed, and he has also left Seattle. He is now in Amman, Jordan. I will call him on Skype sometime and ask him how/why he wound up there.

I needed to talk to EYL, MSL’s sister. I thought she and her husband were living in New Jersey near Philidelphia, but they have moved to Seattle. So after we discussed the topic that I needed her assistance for, we talked about Seattle.

I last spoke to her around the same time I was in contact with JL and MSL. I was looking at job in Madison, Wisconsin. I told her I did not want to live there. It seemed pretty depressing when I went there in February of that year. As lonely as Chicago can be, I thought that Madison would feel even worse. She gave some positives about Madison: It is a pretty liberal town, there is a technology scene, it is a college town with college women. This actually made me think that I should look into Austin more. I realized that just about all of the positive attributes she listed for Madison also applied to Austin, and Austin had one more: Its population is three times that of Madison.

She said that unlike Madison, Seattle actually has a metropolitan area: about 3 million people. She said her nanny gets by fine without a car. Her husband works for Microsoft as a contractor. She said that there are a lot of technology companies in Seattle besides just Microsoft and Amazon.

She told me that while Texas can be hot in the summer, it is only for a few months. But she was not too crazy about the weather in Seattle. It can be kind of depressing.

I have been to Portland, but I have never been to Seattle. I am still leaning towards Texas, but I will also start keeping an eye on Seattle. 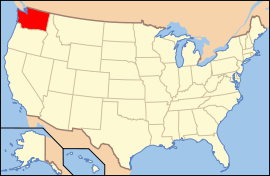 I found out this week that I will not be going to Seattle. It would have been nice to see another city on someone else’s dime. But, alas, not to be.

I plan on going to Texas in late August.

I may change the name of this blog in the future, since I am thinking about moving to other states besides Texas.

I may spend three months in Seattle, Washington for work. I will know in about two weeks if I will be going. If I go, I will not be able to visit Texas until winter. But I should be open to the possibility of moving to Seattle instead of either going to Texas or staying in Chicago.

I read an article on the New York Times website about Seattle by Edward Glaeser. It had a lot of interesting points. He said that Seattle is growing because “Dense, smart cities like Seattle succeed by attracting smart people who educate and employ one another.”

The comments were pretty interesting. Several said that Seattle is kind of isolated; except for Portland, every other big city in the USA is pretty far away. A few pointed out that mass transit is not very good there. Another comment pointed out that while there are a lot of educated people in Seattle, the intelligensia is heavily skewed towards engineering and technology. You don’t get a lot of doctors, lawyers, social scientists to balance things out. There is also isolation within Seattle: People who work at the larger companies (Amazon, Boeing, Microsoft) tend to cluster together, and due to the lack of mass transit and the geography it can be difficult to get around within Seattle.

Two friends of mine from college live in Seattle. When I was unemployed I looked at moving to another city. Seattle was one that I looked at. Not needing a car is part of Chicago’s appeal for me. One of my friends said that he gets by without a car. The other said that the first had injured himself mountain climbing and was unemployed for a year, so he did not really need a car. He said that Seattle is not quite as green as everybody thinks.

Who knows what will happen. I might go to Seattle and decide not to come back. I might hate it. If I go, I will drive instead of fly.

But if I can go a day without hearing any sirens, I think I might like Seattle.